S&C Electric Company is a diverse, equal-opportunity, majority-minority company, with 65% of the workforce at its main manufacturing facility in Chicago, and 62% across all of its locations, represented by women and persons of color. Some 3,150 team members are employed at S&C worldwide. 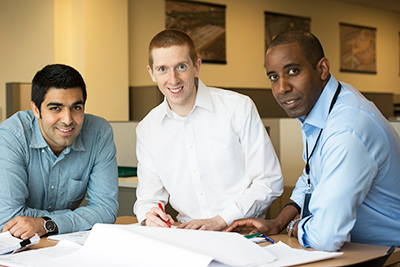 For more than a century, S&C’s core value of “Responsible Stewardship” has been exemplified through not just the diversity and longevity of our workforce, but also by the activities that make it real to our team members, our community, our industry, and our environment. These and other factors that drive S&C to be a sustainable company are featured in S&C’s Corporate Responsibility Report 2019. Below are some of the highlights. 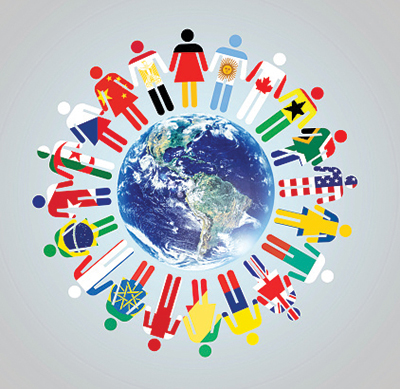 Recognizing the importance of a diverse and inclusive team whose members feel empowered and engaged, along with leaders who maximize contributions from every member of their teams, S&C has created a Diversity and Inclusion Steering Committee.

The committee will establish and resource action teams to focus on attracting, retaining, and developing a diverse team in an inclusive environment.

The IDEA group will focus on promoting diversity and inclusion at S&C, increasing cultural awareness, assisting with recruiting and retention efforts, and mentoring colleagues.

The company’s Career Framework was expanded to encompass non-exempt Hourly Pay Group team members. Functional career paths have been mapped so every team member can see what’s required to progress to a promotion. Education and training opportunities to support career growth also are available to all.

Spark, S&C’s new learning-management system, goes beyond simply helping team members and their supervisors track their training. It provides full administration of training possibilities, allowing standardization and communication globally throughout the company (except China). Spark is giving S&C the ability to track training needs, close training gaps, budget based on data, and evaluate the effectiveness of training.

With S&C’s new Career Advancement Recognition and Engagement system, dubbed CARE, hourly team members can track their progress getting certified on Work Elements, which are the building blocks of S&C’s new Functional Career Paths. When team members log in to CARE, they can see their personal career development plan and the status of their Work Element certifications. That clarity is helpful for supervisors, too. Leaders can run reports to track their Work Element gaps and business needs.

Every team member in 2018 was invited to participate in Biokinetix 3-minute warm-up training, which helps increase blood circulation, body temperature, and joint movement. And about 85% participated in the classes. To reach the other 15%, S&C promoted departmental training and individual injury-prevention activities, including education and 3-minute warm-up exercises team members could do at their desk instead of in groups. S&C’s Health Center also adopted personalized exercise programs based on an individual’s needs, providing equipment access through the company’s Wellness Center. 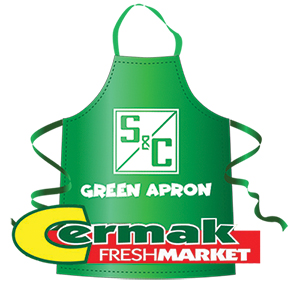 Partnering with nutrition experts and a neighborhood grocery chain, S&C introduced a new healthy convenience for team members in 2018 dubbed “S&C Green Apron.” Thirty-six delicious and healthy recipes, each designed to involve a meal prep time of 30 minutes or less, were developed to suit all dietary preferences.

Each week, team members can choose from up to three “meal kits” that serve up to four people at a per-kit cost of $20 or less and that can be picked up at the nearby grocery store weekly. This benefit helps team members put a hot, tasty, nutritious meal on the dinner table despite the busy schedules facing so many people today.

S&C constantly strives to build strong relationships within its surrounding communities. With S&C’s headquarters being in Chicago’s Rogers Park neighborhood just south of Evanston, Illinois, much of the community activity for S&C and its team members is focused on that region.

S&C also participated in Evanston Township High School’s first-ever “Career Options Night: Multiple Pathways to Success.” The event, open to current and former students and parents, was designed for those interested in professional careers that do not require a four-year college degree. During the event, S&C team members working the S&C information table fielded questions from a steady stream of interested students, who learned ways in which S&C could provide them a place to start a career.

S&C’s annual Giving Campaign brought in a company-record $183,000 in U.S. team-member contributions. Through its donor-advised fund, S&C matched $1.50 for each dollar S&C team members donated, raising the campaign total to $457,000. The funds were split among three charitable organizations: Misericordia, United Way, and Community Health Charities, allowing them to continue their missions and make a positive impact in the communities in which we live and work. 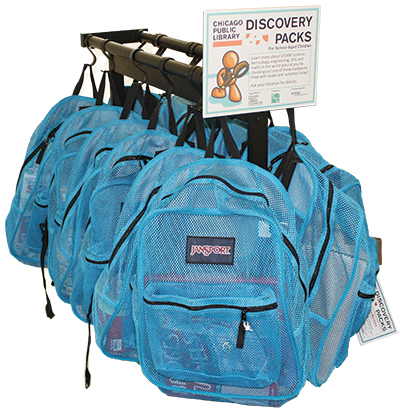 The S&C Electric Company Fund has supported IEEE Chicago’s Science Kits for Public Libraries (SKPL) program since its very beginning. The SKPL program provides children the opportunity to explore science, technology, engineering, and math—STEM for short—in their own homes, with fun, hands-on activities in kits they can check out at more than 20 local public libraries in the Chicago area. In 2018, 12 of the backpack kits became available for S&C team members in Chicago to check out and to use to spend some quality STEM time with their children. The kits are targeted for children, and they include topics such as Bee-Bot Robotics, Simple Machines, and Magnets, as well as nine others.

S&C launched the planning and funding for a program with Big Brothers Big Sisters of Metropolitan Chicago, enabling S&C team members to get more deeply involved in the local community. Through the initiative, children meet with 25 S&C volunteer mentors every other week to learn new skills and share mutual passions.

Besides the annual Giving Campaign, S&C team members also ventured out into the community for a variety of healthy activities. S&C, for example, was well represented at the J.P. Morgan Corporate Challenge, with 144 team members, dubbed the S&C Power Pack, participating from across all departments and top leadership. 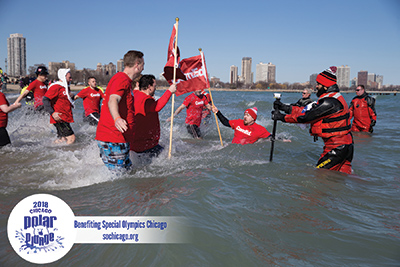 Another unit of the S&C Power Pack turned out for Chicago’s Bike the Drive, the annual opportunity to ride along Lake Shore Drive with no other traffic allowed. Twenty team members joined in for this, the first year S&C has sponsored registration.

Several S&C team members also joined with ComEd to participate in the Chicago Polar Plunge. The fifth year S&C has supported ComEd in the plunge, the initiative raised $1.5 million for Special Olympics Chicago.

Team members from other S&C locations within and outside the U.S. similarly volunteered and provided valued assistance in their local communities.

S&C expanded its workforce considerably in 2018, and this resulted in an increase in the amount of trash S&C produced. Despite its internal growth, the company still avoided sending 93.7% of its trash to landfills. Moreover, S&C segregated a lot more of its trash, and it recycled more in 2018. The company diverted 13.8 million pounds from landfills in 2018. S&C maintained companywide certification last year under the ISO 14000:2015 environmental management standard. 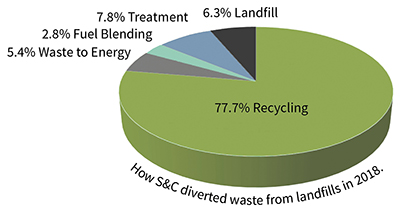 S&C set a company record for composting at its main manufacturing facility in Chicago, growing to 36.7 tons, up 15% from 2017. Helping achieve the milestone was a concerted effort to only use compostable items for all company and department celebrations. 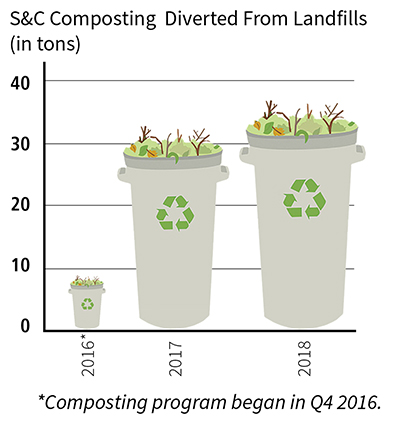 S&C’s water use in 2018 continued its steady decline, to 57.4 million gallons, down 1.4% from the previous year. Water use relative to facility size and production also fell, to a factor of 28.20, down 1.7% from 2017. The continual decline in water is the result of continual efforts to find ways to reduce water use. 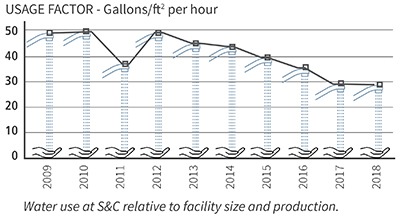 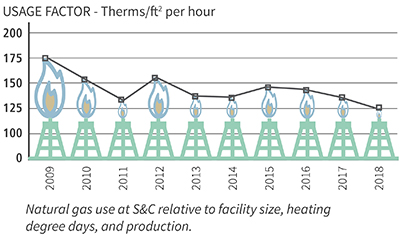 As with its water use, S&C also remains focused on reducing its use of electricity, even at times of production growth. Electricity use at its Chicago headquarters totaled 37.8 million kWh, down 2.1% from 2017. Power use relative to production also dropped, to a factor of 18.56, down 2.5% from 2017. 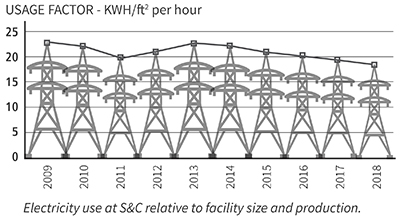 S&C has made great strides to prevent loss of sulfur hexafluoride (SF6) through a variety of changes and updated material and equipment, with the recovery rate now at about 90%, up from 80% in 2017 and just 30% in 2016. Better recovery reduces carbon dioxide (CO2)-equivalent emissions, with one pound of SF6 equaling 23,900 pounds of CO2.

S&C’s main manufacturing plant in Chicago produced 30 tons of volatile organic compounds (VOCs) in 2018, down 6.5% from 2017. S&C expects to see its VOC production to drop by 95% in 2019 as the plant shifts from a liquid to a powder-on-powder painting system. 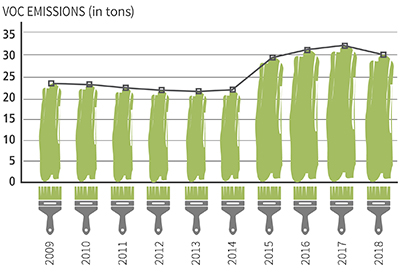 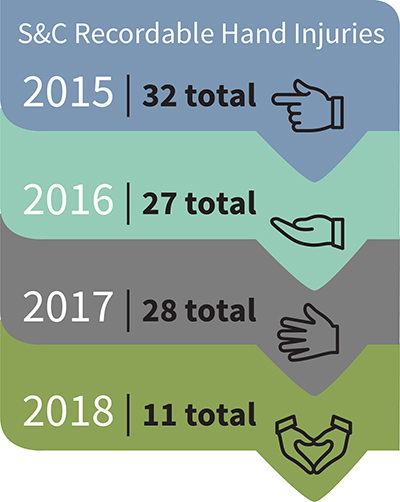 Help keep the lights on for billions around the world. Search our open jobs below.