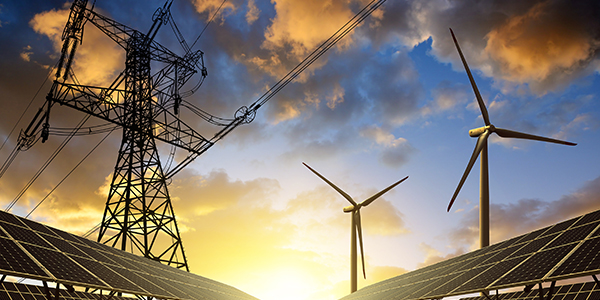 In the global power industry, renewable energy continues to emerge strongly, allowing new entrants to compete against larger, established electric utilities. Independent power producers (IPPs) are changing the business construct around electricity distribution, raising the question of how the traditional market driven by major utilities will evolve, especially regarding their generation portfolio, resiliency, and handling of outages.

Power generation has traditionally been an open market but reflecting the scale and costs that existed in the past, nuclear and coal often prevailed because they generated lots of electricity at a lower cost. Traditional models also depended heavily on transmission systems requiring large centralized generators to move power.

Today, renewable energy is front and center, fundamentally changing how we generate and distribute power. Renewables are being generated at costs less than or equal to conventional generation, allowing them to reach grid parity and trigger change within traditional utility business models.

IPPs–municipalities, aggregators, “clusters,” and the like–are creating their own energy networks at greater scale, with renewable energy at the core. They aren’t seeking to do anything different from previously, which is to secure a satisfactory return on their shareholders’ investment. What IPPs have demonstrated is an ability to maximize returns by combining the right people and skillsets and being able to adapt quickly. Consider the “Big Six” power generator-retailers, which used to dominate the United Kingdom. That country today hosts more than 6,000 generators selling electricity into the market.

In the U.S., S&C collaborated with the west central Ohio Village of Minster (pop. 2,800), which sought a solar installation to “diversify its portfolio and hedge against fuel-price volatility.” The municipal utility partnered with project developer Half Moon Ventures to deploy this new approach to maximize ROI for the community and surrounding businesses. It is clear that utilities’ use of and expectations for the power grid are fundamentally changing. Distribution companies also must evolve.

While the traditional business model emphasizes the cost of electricity purchased from the market and the cost of service – i.e., the amount utilities can charge to transfer electricity through the grid – the next evolution appearing in the U.S. is performance-based rates. This model, deployed successfully in other parts of the world, offers distribution utilities incentives to pare costs by improving reliability or the speed at which renewables are connected to the grid. With this model, the grid will act as more of a trading platform, integrating and matching a wide array of market participants via the grid.

Here’s why this affects power generation in the U.S. Imagine you’re a large, established, electricity generator and have enjoyed a balanced portfolio. Today, any new investments in renewable energy may yield a profit or they may hit roadblocks because of grid reliability, interconnection delays or unanticipated fees from the utility. As states move toward performance-based rates, these roadblocks will be considerably reduced and your options for selling the power from your new renewable investment will be increased.

Utilities will still need to balance cheap, green energy with the baseload performance of traditional generation, but new models being developed in several states will give them more tools, requirements, and incentives to do that in a way that optimizes the marketplace. IPPs are likely to be nimble, effective players in that new marketplace.

It’s clear that tides are changing; the question is how quickly will transitions occur. What are your thoughts on IPPs and their place in our ever-evolving energy network?